When we talk about the Sharks the first thing that comes to our mind are their big sharp teeth that can chop off the human body effortlessly. This brings us to the topic ‘Some Interesting Facts about Megalodon’.

The name Megalodon has been derived from two words i.e mega which means big and odon means teeth. They also have a scientific name which actually resembles their character ‘Carcharocles Megalodon’ which means ‘Those who are famous for Jaggedness’.

These sea creatures belonged to the Shark Family. They use to live in warm Oceans and became extinct around 2.6 million years back. Apart from gigantic teeth, there were many facts about Megalodon, which makes it an interesting sea creature.

Having most of the similar behavioural pattern, at one point scientists started believing that Megalodons were long back found ancestors of the great white sharks. However, the research became argumentative when some scientists even came up with the points showing the existence of both in one time. Know, scientists are saying that they both the Megalodons and the Great White Sharks were like the far-away cousins. And now they have concluded that Megalodons belong to the family of Colossal White Sharks named Carcharodon.

Imagine a sea creature with the length of 60 to 70 feet and the one with an estimated weight of massive 60 ton. Shocked right! This is the physical description of the Megalodon. Let us compare this with the great white shark, which has the maximum length of 23 feet and an average weight of 3.5 ton. Now did you get how herculean Megalodon use to be.

They were largest ever know predators in the history of the Earth.

Megalodon means Big Tooth and this is the next fact about this sea behemoth. Our oceans are full of the Fossilized teeth of Megalodon and their specific size makes it different from the other giant sea fishes. Researchers have found teeth around the islands in the shallow water and in the deep sea water of Mariana Trench. Apart from the big teeth, researchers even found a spine section consisting of 150 bones, back in the year 1926, in the sea water of Belgium.

Another surprising Megalodon fact is, Researchers have found a Megalodon jaw which is 3.4 meters long and 2.7 meters tall. Now I got it how easier it would be for a Megalodon to grab any Whale. During their times, they have a heavier bite than the T-Rex. Yes! We all know T-REX as the predator with the biggest teeth but Megalodons was the ones with hefty jaws.

And the terrible combination of this monstrous jaw and giant teeth gives you most disastrous bite in the history of the earth.

Seems like Megalodons were designed keeping in mind that they should be the one who can kill almost any living creature irrespective of its size. Megalodons has everything hefty jaws, big teeth and the plotting of the teeth are done in a manner to killer the gigantic fishes.

Megalodons use to have 270 deadly teeth arranged in five columns. The average size of the teeth can be from 10 to 11 centimetres. However, the biggest ever found measures 19 centimetres in length.

It is not that shocking to find the big teeth of Megalodons or other supersized sharks. This brings us to another Megalodon fact, which is when people started finding this huge tooth they started thinking that it is the tongue of the dragon, and gave it a name ‘Tongue Stone’. People even started believing that it is covered with something very toxic and some even started wearing considering it as a good luck charm.

It was in the year 1667 when a researcher named Nicolaus Steno found out that it was a Shark Teeth and crushed all the myths.

Studies even found out that Megalodons loved to give birth to their younger ones in the shallow water. Maryland’s Calvert Cliffs, Florida’s Bone Valley Region and the most recently found Panama’s Gatum Formation are the name of the discovered nurseries. In the shallow water of these regions, scientists found the large number of tiny Megalodon teeth of around 1.5 inches, which made them believe that it was Megalodon’s nursery.

With massive jaws, big teeth and superior size during their time, Megalodons use to stand on the peak of the food chain. Their preys were Sperm whales, Minke Whales, Fin Whales, Humpback and all the other members of the Whale family. They were also interested in dolphins, sea lions, turtles, seals, and other sharks. Researchers also found out that they also use to eat smaller Megalodons.

Their teeth and strong jaw use to be the support system to catch and cut the prey into pieces. To grab the massive body creatures Megalodons uses to attack the prey’s sone, rib cage and spine so that they will not fight hard for their lives. And for the big and fast preys like Whales, Megalodons go with the fin, making the whale unable to swim.

When we already have so many examples of animals becoming existing it is not tough for us to behave casually with the extinction of this beast. Though the scientists are not that clear with the extinction, they say, while oceans started cooling Megalodons started moving towards the warm water. Judging their behaviour, whales became the residents of cooler water. This move of whales made the Megalodons survive on smaller fishes and their difficulty to hunt and eat increased. Simultaneously, Killer Whales grabbed the chance and became the top level predator of the oceans. This can be the major reason behind the extinction of Megalodons. 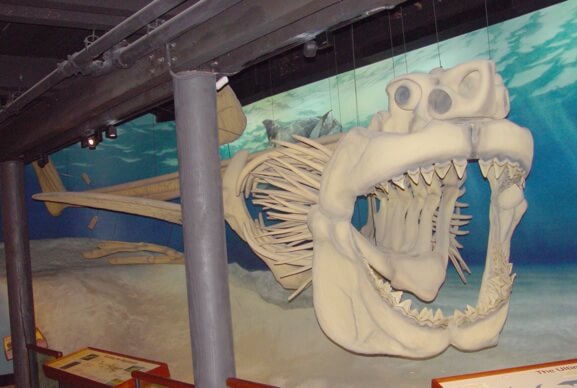 Many a time people reported that they have seen a huge shark swimming in the oceans, which looks exactly like the Megalodons. And these reports brings us to the question, that can Megalodons be still alive and swimming in the warm Oceans? The studies very clearly state that Megalodons are no more into existence. Because, obviously, if they were alive, the number of ocean kings like Sharks and Whales would have been too less.