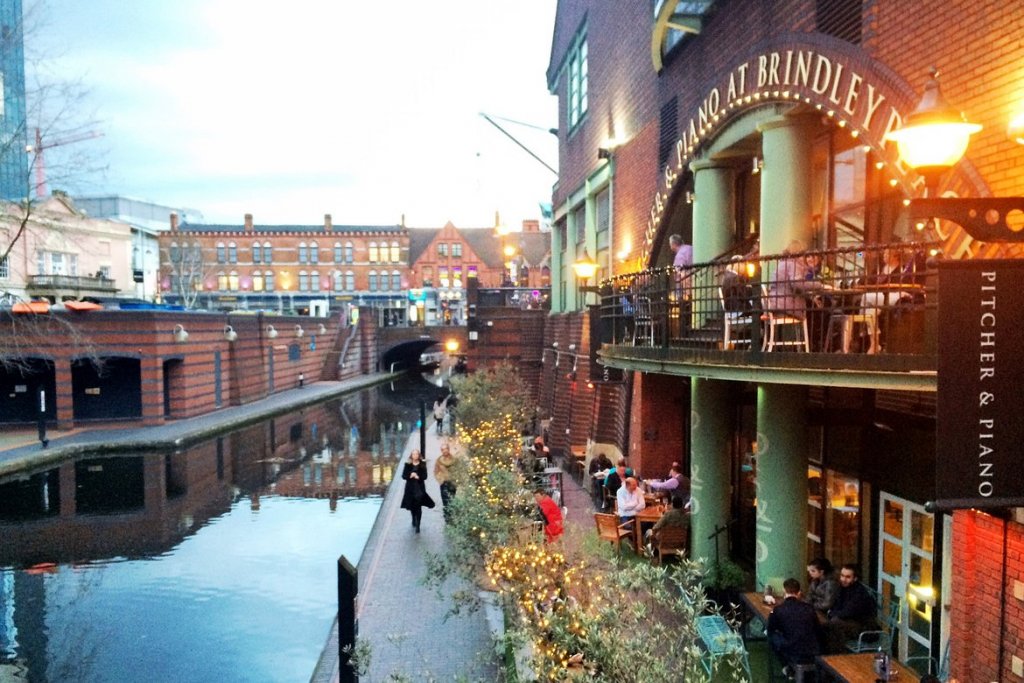 Whether you are looking for a city for your Holiday or to settle down in or are just looking for a place to score a new job, you should consider Birmingham as the keystone of your UK travels. Not only is it the second-biggest city in the UK, which is why it has claimed the title of being the UK’s Second Capital, but it is also a thriving metropolis of business, culture and canals. Located within the West Midlands, it usually attracts around 34 million visitors each year. If you are planning on going there yourself, then make sure you are prepared to explore this city’s streets with ease. Here are some facts that you just have to know before you go off on your adventure.

The History of Birmingham

From the very start of the 12th Century, Birmingham was always known as a “merchant” city. Whilst originally merchants and craftsmen only sold (dyed) wool and crafts, this soon expanded into leather in the 14th century and metal working by the sixth century. It was always known for being, according to a writer in the 1570’s:

“full of inhabitants and echoing with forges. The lower part of it is very wet, the upper adorned with handsome buildings.”

It cannot be denied that by the 18th Century, the population (by then around 73,000) was growing quickly, and alongside it was the emergence of brass artefacts (like shoe-buckles, blades, pins, nails, screws, buttons and even the handles for coffins). There were even gunsmiths, locksmiths and glass making. Metalworking was truly dominating the “Brummies” way of life, however like most other industrial cities, the streets were extremely unsanitary. This is why sewers were created during the second half of the century to make sure that these conditions could be improved.

When the 20th Century came around, the War effort ensured that Birmingham became a major manufacturing centre. This, unfortunately, made it a prime target to be bombed by the Germans. Worse still, a survey in 1954 actually showed that 20% of the houses in Birmingham were not fit to house families or people in general. In order to solve this, houses were remade and even the city centre received a much-needed makeover.

Nowadays, the city stands as a monument to the Industrial Effort that helped create its large population and renowned reputation for business. Nowadays the city holds a population of over 1,086,000 people who reside in the city centre and on the outskirts of the city. It still holds a thriving industrial trade but also a strong tourism trade.

If we are going to talk about Birmingham, we have to talk about the industrial giants that are still working their magic in the area. Indulge your sweet tooth in a quick visit to the Cadbury’s Chocolate Factory for a tour. This building is so famous that it is said that Roald Dahl created Willy Wonka’s Chocolate Factory after experiencing the excitement of being inside the Cadbury’s building. However, if you want to jump in on the chocolatey excitement that Roald Dahl experience, you may even want to consider a quick visit to Cadbury World.

If you are after a little bit of Ghost Hunting, why not take a trip to Birmingham Town Hall? Charles Dickens gave a public reading in this hall during the Christmas Period, and some claim that they actually have seen the ghost of the Victorian Author wandering around the Hall. So if you are willing to spend some time exploring this Hall (either in the day or evening) you may be in for a ghoulish surprise!

From the moment you enter Birmingham, you will realise that the city itself is a harem of culture. Ranging from Birmingham’s Musical RNCM to the massive public library (fit with over 800,000 books inside), you will always find something new and exciting to sink your fingertips into, especially as these activities are guaranteed to stimulate your intellect. If you are after a trip out in Birmingham where you will always learn something new, why not consider one of these touristic venues:

Birmingham University Museum- Where you can even see John Edward’s, the first photographer of the x-ray, radiated hand to display the dangers of radiation poisoning
Lapworth Museum of Geology
Museum of Jewellery Quarter
MAC Birmingham
ThinkTank
RBSA (Royal Birmingham Society of Artists)
The Coffin Works

Each of these museums have a natural unique quirk that makes them stand out. You will always enjoy your time at a Birmingham Museum, especially as you combine your day out with a quick trip to a coffee shop to get a well-earned cuppa and a cake.

Now, Birmingham may be an industrial giant within the UK but that does not mean that it does not have its own sense of culture. Birmingham is known for its musical and historical tourism. You can simply indulge in a day out to a heritage site, such as:

Or you may even want to go out to a more modern cultural spot, you can go out to visit to visit the filming spot of “The Lord of the Rings.” Not only did J.R.R Tolkien spend his childhood in Birmingham but a lot the inspiration for the book came from this city, such as Moseley Hall Estate and there is even an iconic 18th-century ice-house that is rumoured to be the inspiration behind Tolkien’s Hobbit House.

If you are going to jump in on the Birmingham Culture, then you are going to have to get used to their specific music taste. Grab a leather jacket and prepare your lighters, for Birmingham is practically a menagerie of a range of music, but what they are mostly known for is Heavy Metal and Rock. Not only is the city the birthplace of Rock Gods, like Judas Priest and Led Zeppelin, but Tony Lommi, the lead guitarist for Black Sabbath, actually lost his fingertips working in a factory in Birmingham. As his fingertips were replaced with metal caps, this actually added to the band’s overall sound.

Ultimately, you know that you have made it if you are able to grab a gig at the iconic Arena Birmingham. However, you are also more than welcome to get a ticket and simply indulge in the head banging of the moment!

A City of Romance

Whether you are looking for romance, already have a hot date planned, or are interested in seeing a Birmingham Escort , Birmingham is a truly unique city due to its Canal System. Birmingham actually has more canals than Venice with 56 KM, meaning that you have a number of liquid roads that you just have to paddle down with your loved one. The best way of seeing the beauty that lies on Birmingham’s Canals is by taking the Water Busy. This stops at 5 locations around the city, but on the way you will get to see the Regency Wharf, The Hyat Hotel in Gas Street Basin, as well as The Cube and the Arena Birmingham.

Once you are done with your romantic travels, you can find a number of canal side restaurants that are ready to find your a seat, though we would truly recommend “The Pitcher & Piano at Brindley Place” or “The Smoke Haus” if you truly want an amazing meal and perfect view of the canal. “The Pitcher and Piano” even has al-fresco seating, meaning that you will always get a good view, especially if you are looking to dine on a hot summer night.

Birmingham is Ready and Waiting for You!

When you are ready to move to Birmingham, you about to embark on a journey into a brand new culture and wide range of people who continuously allow for the city keep on moving forward. You will simply adore the wide range of activities and historic monuments that are at your fingertips. But take your time when exploring, for when it comes to Birmingham, you will never be bored and will always find something new to sink your teeth into. Whether that is a Bacon Cheeseburger, a Curry or a Kebab that is combined with Birmingham’s own HP Brown Sauce.

The Advantages of Teaching in Birmingham