Here we are with some best Halloween movies for kids which are specially created to give hefty shivers to kids. So, if you want to celebrate this season with your friends watching best Halloween movies. Then, grab some candy and a blanket to hide because below given is the list of best kid’s movies in Halloween category. 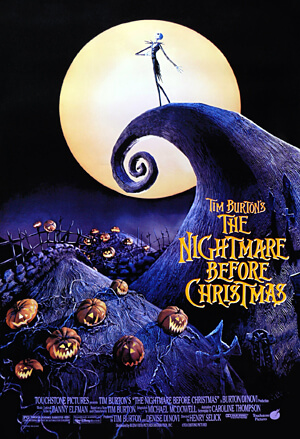 The Nightmare Before Christmas is an American animated musical dark fantasy picture. This movie covers Jack as the main lead character who is upset for his daily same boring routine and want something new in his life.  kids halloween costumes wandering in the woods after Halloween, he stumbles across seven trees and suddenly opens up a virtual gate to Christmas town. Wondered by their living he just came back to his town and tried to explain everything to the citizens, but unfortune strikes at him and no one was able to get his idea of Christmas and compare everything to their own ideas of Halloween.So he came up with a plan and assigned some jobs to every citizen based on Christmas themes like singing carols, making presents, and building a sleigh.

Sally a pretty doll woman fell in love with Jack secretly felt that their work would go in vain but jack dismissed her thoughts and assigned her to sew the red coat that jack would wear. He also tasks Lock, Shock and Barrel . Slowly the story gets going and in the end the efforts of Jack worked and Santa blessed the town with snowfall. 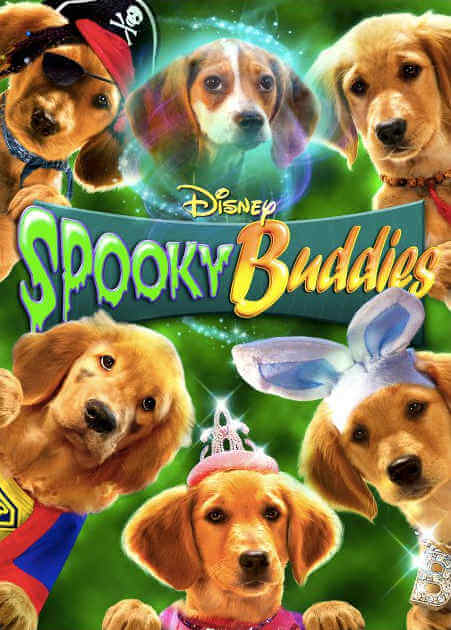 Warwick has kidnapped 5 puppies so that he can kill them in the name of sacrifice to the Halloween hound, an evil hell hound who can open the closed portal to ghosts.

But, the only condition was that he must have the blood of five puppies which are of the same blood. Pip, one of those puppies, belongs to a young boy named Joseph. In preparation hound devour pip’s siblings, but Pip escapes.

When the hound tries to kill Pip he fails and Pip turns to stone and become a ghost.

75 years later, when the Buddies are on school trip to Warwick’s manor with their owners, Alice, Billy, Pete, Sam and Bartleby. When the class go to the graveyard, billy got scared of the appearance of the gravedigger, Mr. Johnston. Slowly they tried to fight out and stop the hound.

The buddies bid farewell to Pip. He thanked them for helping him. 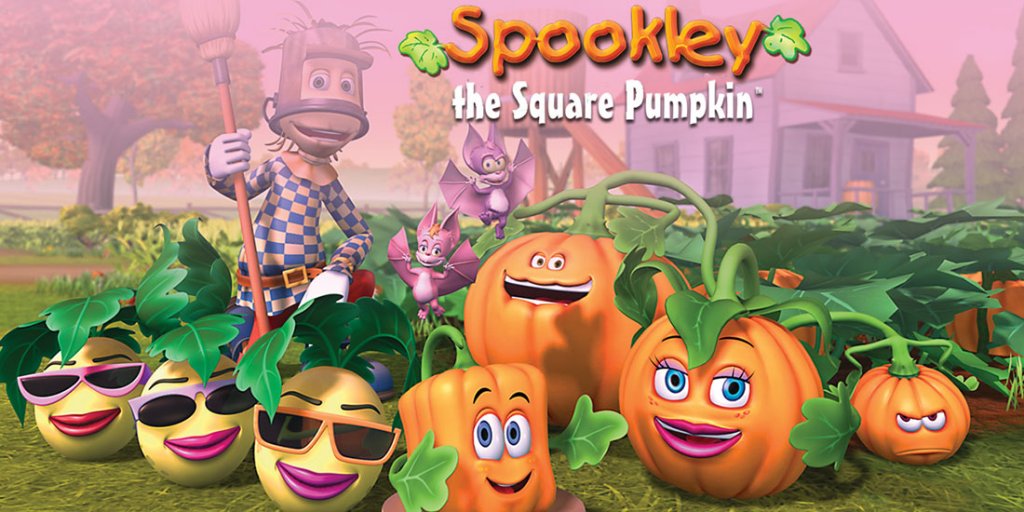 Spookley the Square Pumpkin is also an animated movie describing the story of a Square pumpkin which is found in pumpkin patch. Because of his shape the other round pumpkins tease him which make him sad. There are other characters introduced in this movie which are Bobo, a vain female pumpkin, tom and jack (the scarecrow). There were 3 spiders also who felt some sort of sympathy towards the Spookley decided to help him to win a competition.

As the competition finished Bobo was crowned as the winner defeating everyone. After the competition a sudden wind storm hit the pumpkin patch and took every pumpkin with it leaving Spookely because he was of not of round shape he didn’t rolled out with the wind. And saved jack and other pumpkins. After this, other pumpkins thanked him and the farmers felt really happy to see a square shaped pumpkin in their farm and they decide to make spookely as their personal jack-o-lantern. 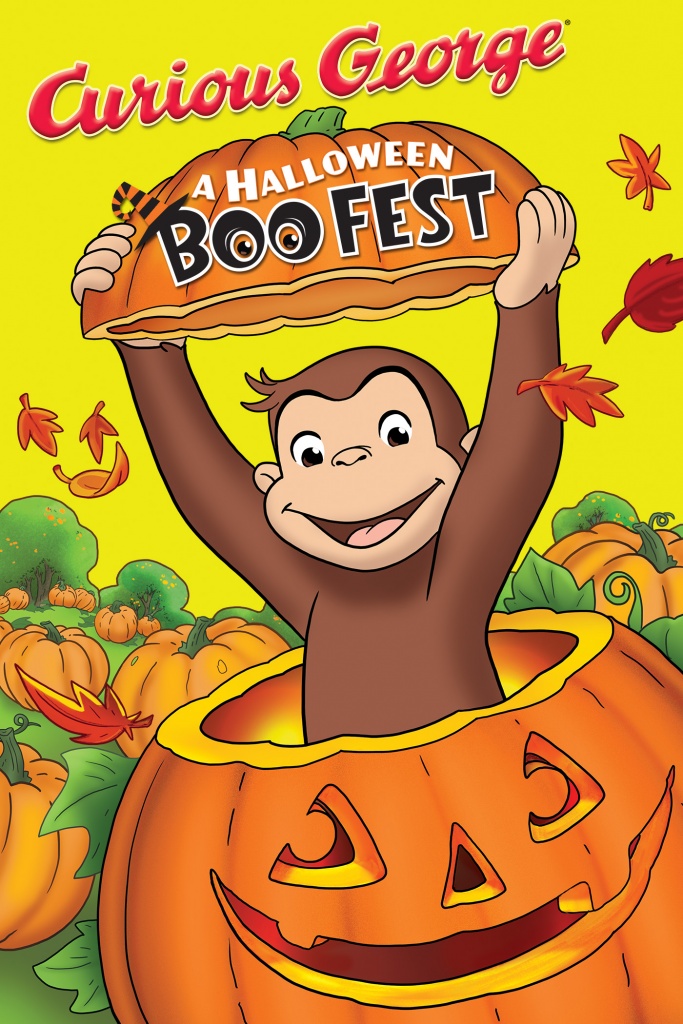 George and Allie visit Renkins’ farm on the day of Halloween and come to know more about a scary legend who attacks people wearing hats. After hearing this both of them tried to get the bottom line of the story and try to figure out the mystery hidden beneath this spooky tale.

Room on the Broom is based on Julia Donaldson’s picture book. It is 3D stop, motion computer animated movie telling the story of a good-hearted kind witch who asks every animal to join her on her broom, but at the same time the cat which was owned by the witch thinks it will get too crowded. But her new friends make it useful to stay on the broom before the witch was attacked by the evil fearsome dragon.

This movie is based on proper Halloween night and the drama. Lots of villains are showing up at the house of the mouse. Jafar has a superb trick to tackle all this in the store but the villains have to wait till the midnight for jafar to unleash it. The heroes and princess are trapped in the kitchen while the mickey is thrown out on the street.

So mickey comes up with a plan and challenged the villain and took over the house again from the villains. 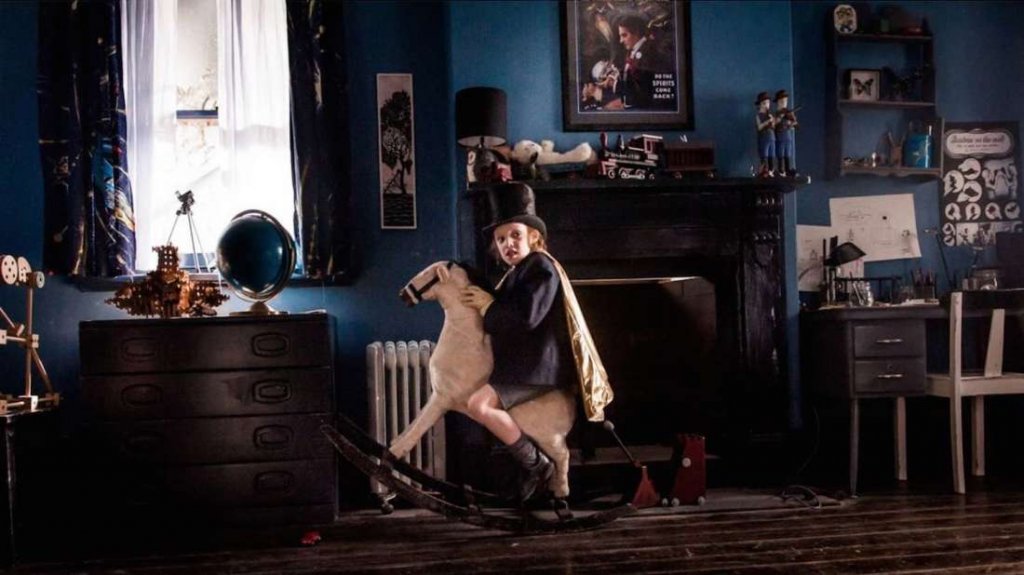 Amelia Vanek is a troubled and exhausted widow who has a 6 years old son. Sam the son of Vanek started displaying erratic behaviour. He became an insomniac and is preoccupied with an imaginary monster. He had built some weapons to fight against that monster also.

One day Sam asked his mom to read up the book mister babadook. While Sam becomes convinced that the Babadook is real.  Slowly the story unfolds itself and Sam and Ameliamanages to fight and lock Babadook in the basement.

Toy Story of Terror is a 21 odd minutes short animated Halloween television special. It’s a story of Bonnie and her mother going ion a road trip to visit her grandmother.

There are other toys also with them in the night they decide to park the tow truck and spent the night in the motel. During the night few toys went out to explore things, where different unwanted events start to happen and the toys get traumatised because of some one being locked up and someone being lost. It’s a story of how they managed to save their life. 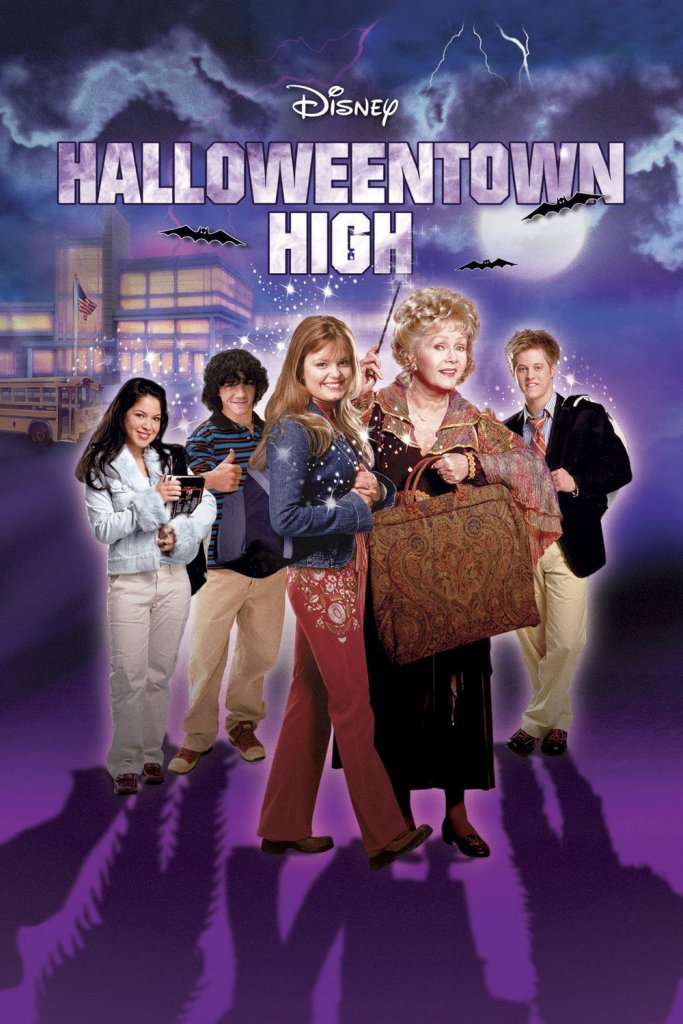 In this movie a character named as Marine Piper wants to start a new school year. She asks the Halloweentown council to open the school and work towards opening the field. The council is apprehensive in starting because they are fearful from the legend of the knight of the iron dragger: a knighthood who wants to destroy all the things magical around. But somehow, she Marine manages to open the school by taking all the responsibilities of the attacks. But if she fails to prove everything right before the Halloween midnight then her entire family will lose her magical powers. A new student shows a romantic interest in Marine.

Slowly the tory unfolds and the proposed portal between the students of Halloween town and mortal world opens. 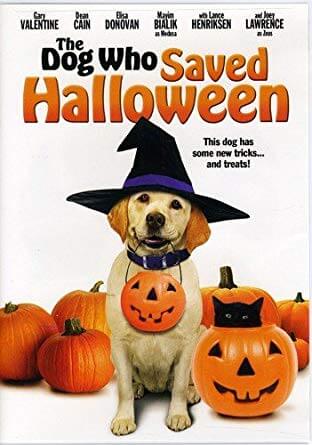 Joey Lawrence a talking dog encounters a haunted house where it is said that spirits eventually appears at the midnight of the Halloween. With it dog also encounter a creepy neighbour (lance Henriksen) and a scary canine (mayim bialik). 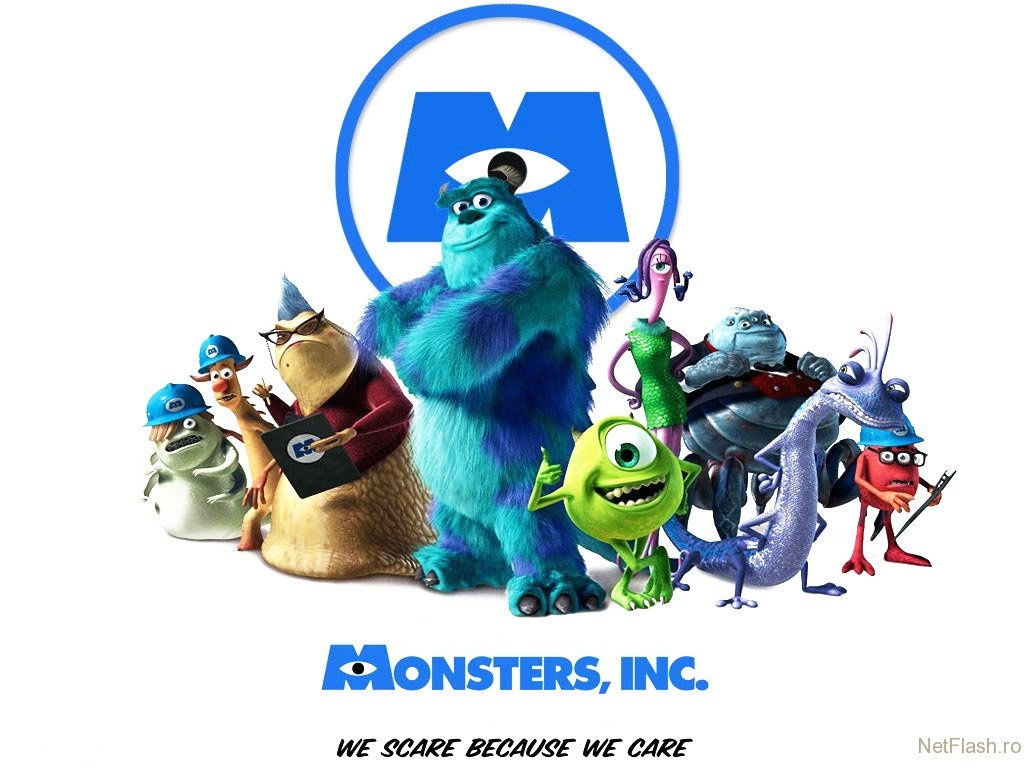 Monsters Inc. is animated comedy movie. The film is circling around 2 monsters employed at the titular energy producing factory Monsters, Inc.-top scarer James P. “Sulley” sullivian and his one-eyed partner and one of the best friend Mike Wazowski. In the Monsters Inc. the power is generated by scaring the children but they themselves are afraid of the fact that children are toxic to them, and when one child gets the entry into the factory both of the main two monsters must return him home before it is too late.

In a difference from the original story, the ending is shown as Ichabod arriving at Katrina’s house and with it the headless horseman returns to the woods. It also shows a real character, widow Thelma; while Brom bones and Ichabod crane are enemies for Katrina, Thelma gets annoyed with Katrina for Brom bones. Thelma and brome become engaged at the end of the film. 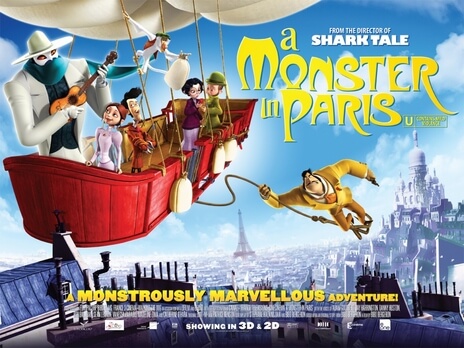 This movie focuses on the story of Emile, a projectionist in a movie theater who loves Maud, her co-worker. One day her friend Raoul takes her to a botanical garden where the two experience extra-ordinary adventures.

The adventure involves around a mystical creature about which an investigation is launched. The adventures continue from the Eiffel Tower to the Seine river.

The story focuses around Twinkle Spark and her adventures. Princess Luna, widely regarded as the Nightmare Moon, tries to connect with the public and adjust to the modern times, Twinkle helps her out in this feat with her friends Spike, Fluttershy and others.

They try to adjust Princess Luna about speaking in a friendly and interesting manner so that she can win the hearts of the public.

The story concludes with the friends and Princess Luna defeating the evil Rainbow Dash and thundercloud. 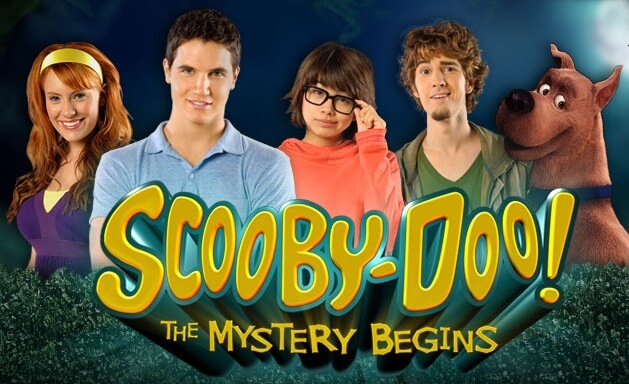 The story involves around four teenagers – Shaggy, Fred, Daphne and Velma – who study in a school in Coolsville, Ohio. They are suspended from the school for fighting in the school bus. While serving their detention, paranormal activities begin to start. While the school administration is confused about closing the school, the four, now having formed a strong bond and close friendship, set out to solve the case of paranormal activities and to clear their names.